A Soul Built out of Attentiveness: Anxiety, the Pandemic, and Me

It stormed all Monday, a change from months of sunshine and dry winds, days difficult to note as different in our pandemic routine, in which we leave the house only for groceries or a jog. Patrick suggested we go seek out the snow after the rain, snow that we see on the surrounding mountains through the freshly washed air. A few years ago, when I was driving for LYFT, a visitor to L.A. had noted how different the city looked, how green and fresh it was after the rain had washed the layers of dust that settle on tree leaves and flowers from living in a basin.

We drove up out of that basin toward the snow – stopping at one point to look over the rows of hills to the buildings of Los Angeles and further, the light glinting off the Pacific Ocean, and, through our masks, as there were several others cars of people also parked, breathe in the sweet smelling air. Aside from the plastic trash all over the ground, everything seemed bright and fresh. Except for me.

I was on edge, anxious. I couldn’t make up my mind whether we should drive further to find the snow or worry about the “chains required” sign posted where we’d pulled off. I felt unsafe, outside the routine of my safe home and occasional run to the store. Before the pandemic, I craved change. I wished, and often fulfilled the wish, to travel, to sell all my belongings and live somewhere else, to change apartments and jobs. Once I’d realized, while experiencing deep loneliness living in a different culture, that I also craved my community and friendships grown deep over the years, I settled in, claiming Los Angeles as home, and found change in my freelance lifestyle, in impulsive haircuts from long and wavy to a pixie cut.

I’ve taken risks others had thought unsafe, traveling to conflict zones, trekking with gorillas, talking to an accused war criminal in Kosovo (a fact of which at the time I and my friends were not made aware by our guide, who worked for the UN). Now? This horrendous air-borne virus had made me risk-averse, nervous even to walk around my block or my beloved Trader Joes, avoiding strangers instead of approaching them to find out their stories.

Now a drive outside of Los Angeles has me on edge, spiking the anxiety that I’ve dealt with most of my adult life that has been heightened in this long-running crisis. I’d asked Patrick if I could drive to exert some sense of control over the situation. Deciding to go a bit further to find snow, I wiped my sweaty palms on my jeans as we continued up the mountain road, shortly after which we crossed the snow line, marked by icy patches on the dark road and dirty snow piled up alongside, which some families were making into snowballs. They looked like they were having fun; all I was having were chest pains and the desire to be safe at home.

Back home in our bungalow, I cooked up a cauliflower pizza and devoured my feelings. Going for a post-pizza walk, I decided not to listen to music, but to try to be present, hoping that the sounds of my neighborhood might create a little space in my anxious mind. My friend had just sent me an Instagram post about anxiety that resonated with me, specifically the writer’s reminder that all we can control is how we react to the moment we are given.

Given. A reminder that every moment is a gift, we are not certain about anything in this life. As I walked up a familiar street at golden hour, a tree whose branches I pass under almost daily seemed lit from within, made of gold. A few feet later, I was stopped in my tracks by the light and wind playing on the brilliant fuchsia bougainvillea leaves. I recorded it, annoyed that passing cars were breaking up the sound of the leaves and birdsong and a fellow walker’s footsteps.

The words of Mary came to mind: “Ten times a day something happens to me like this – some strengthening throb of amazement – some good sweet empathic ping and swell. This is the first, the wildest, and the wisest thing I know: that the soul exists and is built entirely out of attentiveness.”  (Mary Oliver)

And as I continued along, I saw the beauty of people taking care to share space in a healthy way, streets being crossed, distance given, at the same I saw the man behind the wheel of the Mercedes, who looked me in the eye as he failed to stop in the driveway exiting the park’s lot, and sped away. I lost two minutes of precious attention-paying time to my daydream of a superpower that allows me to scratch messages into the precious paint of luxury cars driven by selfish idiots telling them exactly what they did wrong. Bringing me back to the present moment was the noticing the unplanned choreography of several of us masked walkers all crisscrossing the street at the same time to make sure the others felt safe.

As I neared my little safety bubble of home, the play of shadow and light of a lush, large plumeria against a white-washed apartment building caught my eye. Beauty comes from the play of light and shadow, from the juxtaposition of life as we’re living it: the roadside snow made dirty by the human life craving to experience it, but still pristine in the trees where only the wildlife lived. The wind in the bougainvillea part of the chorus of us living with it, the gardener’s leaf blower, the passing cars, the slapping of feet on concrete as another walker headed downhill, the birds in the trees.

For now, I embrace the changes I can as we do our best to wait out the time till the vaccine and (please, people) adherence to safety protocols takes effect. Enjoying both small changes (I just cut my bangs in a slightly different shape) and large, as a new administration takes office and we continue to cry out for equality and justice and large-scale change to save this ridiculously gorgeous planet where leaves turn gold and bougainvillea dance. 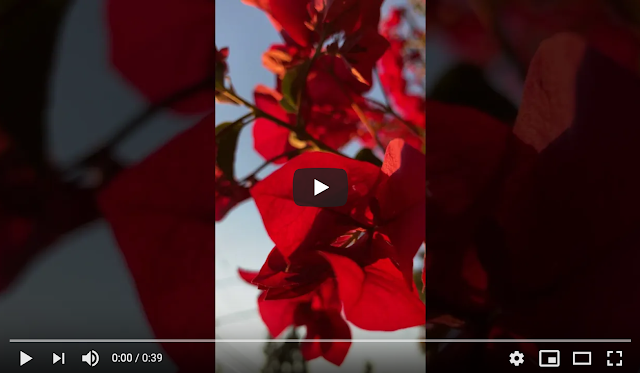 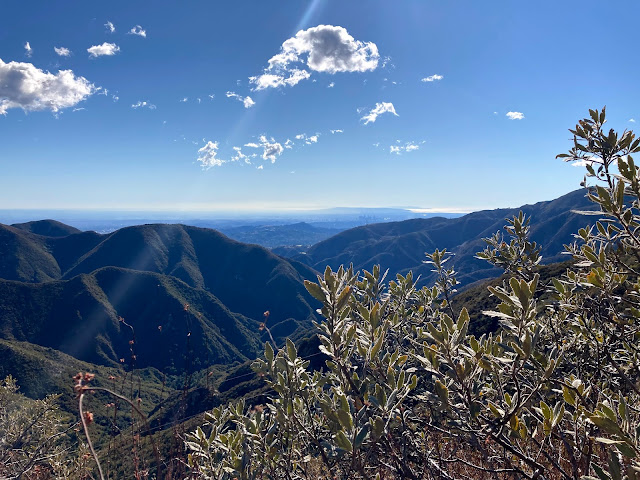 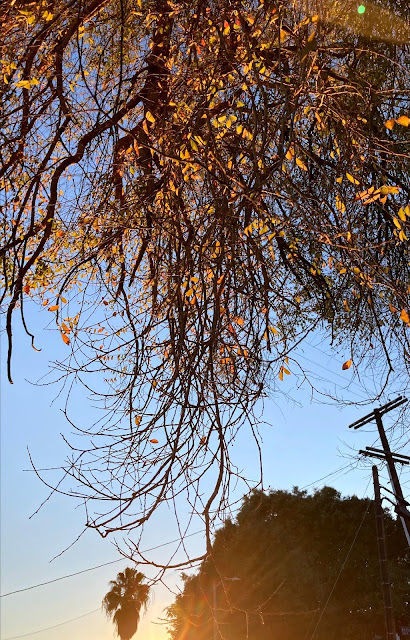 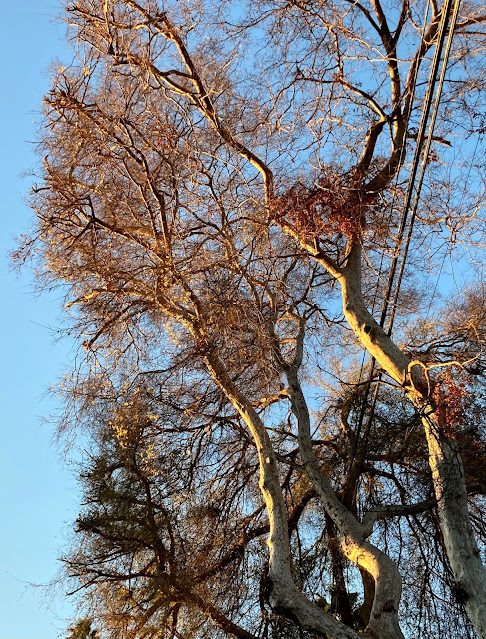 Posted by Rebecca Snavely at 6:40 PM No comments: