Finding My Religion – Griffith Park Panic in a COVID-19 Surge

The sandy trail was siltier than usual, more slippery from the lack of rain this summer and fall, and I have to concentrate more carefully on my footing, rather than on the hawks squawking and circling overhead, the crows calling to each other as they dipped their wings, the finches flitting from branch to branch.

I feel more anxiety on our Griffith Park hike today than usual. A new safer-at-home order freshly in place, surging numbers of COVID-19 in L.A. County and around the country (and globe), and so. many. unmasked. runners and hikers.

I stop mid-climb, overheating from the sunny November day as well as from the anxiety, eager to stop running past the unmasked, needing a break from people who didn’t seem to care? To understand?

Settling down in the dirt on an outcrop of the trail, a part that looks out over the Griffith Observatory to mid-city and west L.A., and further out, obscured by haze, the Pacific Ocean. I push my feet, bulky in hiking boots, into the brush in front of me.

I try to practice a meditation, of watching each thought that arises drop to the ground – I can always pick them up and obsess on them later – and looking at the ground where I dropped them, I have the urge to follow my feet into the brush. It’s the same impulse I felt as a kid, and now an adult, when driving through the mountains to the Oregon coast.  Out of the windows of our family’s little 4-door Fiat, later a minivan, and still later my trusty Honda, I’d see streams, raging after a rain, burbling in a dry month, a stream that we followed along the two-lane highway until it diverged, wild, and disappeared into thick woods. Every part of me wanted to jump out, leave the car and the road abandoned, and follow the stream, to explore, to smell the wet path of water, over leaves, rocks, to hear what is natural to nature.

Back up sitting on the dry, southern California path, I felt the urge to push my feet further into the brush, to disappear from the steady stream of hikers, to lay flat and feel the scratches of dried branches as they marked my bare arms. To lay in the bramble and imagine what it would have been like to live here before. Before the city and streets and piped-in water and sound of helicopters overhead. Instead to play closer attention and communicate with the land and the crows and geckos and coyotes.

It brought to mind the Wendell Berry quote I’d read this week on Zen Farmer’s Instagram, the one that rattled something deep inside me that has been asking to be explored for years, as I dreamed of exploring those streams and where they would lead me, what they would teach me.

“Once we have forgotten or denied our biological kinship with the Earth and its inhabitants, it is hardly an accident that so much of human spiritual life is premised on an escape from rather than an affirmation of this life.” --- Wendell Berry

When was it, who was it, that first illuminated for me that Christianity, in which I’d been raised, need not be limited to the western teaching / interpretation of it? Perhaps Eckhart Tolle, in exploring the true meaning of “a new earth.”

Unable to meld with the earth just at this moment, I dust off my pants to take off once more on the trail, running by my fellow humans, masked and unmasked, to meet P up at the top before we descend down past the bird sanctuary and fountain where the bees drink and drown in a pool of water. Crows flew overhead, reminding me of a recent article about their intelligence and a conversation about the beauty of crow’s feet on our faces, a reminder of life well lived. A tiny bird, perhaps three inches long, wearing chartreuse green feathers and what, zooming in, appears to be a pair of shades or a superhero mask, bathes in the drip of a faucet.

(If anyone knows this bird’s species, please let me know!) 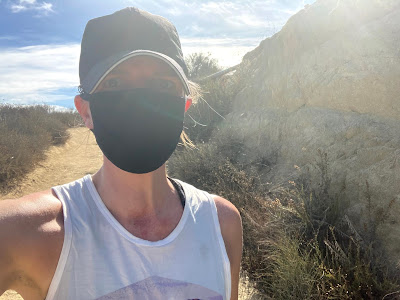 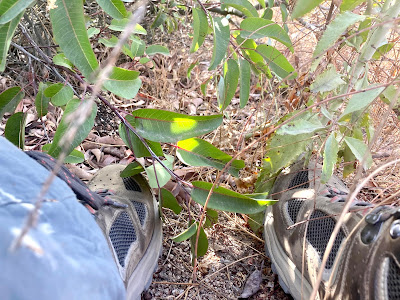 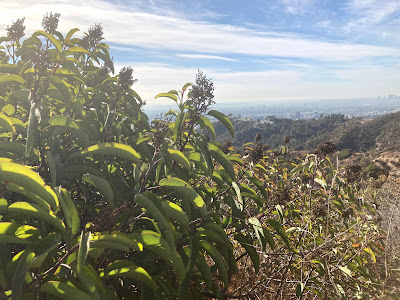 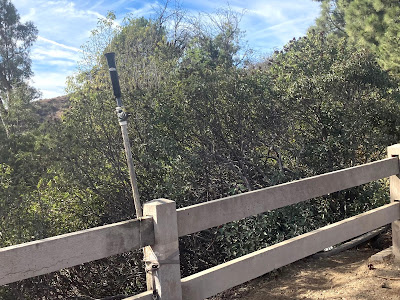 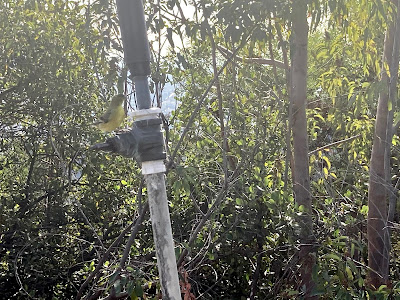 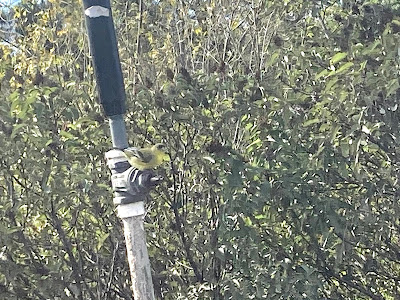