Joshua Tree: My love affair with the desert begins.

“I’m not really a “desert” girl,” I’d explain when someone asked why I had never camped out in Joshua Tree National Park.  I grew up in the lush green of Oregon’s rainy Willamette Valley.  The desert just leaves me thirsty.
“I may be a desert girl,” I said to the boyfriend while we sat on the cold wall of the patio of a Joshua Tree house, watching the sun rise over the stark mountain range, the sky slowly turning a baby blue with streaks of golden-tinged pink, quails waking to scuttle across the hard-packed dirt that is spotted with succulents whose beauty is neither flashy nor brilliant, but spare, somehow both delicate and hardy.
And then I entered Joshua Tree National Park, and I GOT IT.  It’s a magical place.
Initially created as an 825,000 acre National Monument in August of 1936, Joshua Tree was designated a National Park on October 31st, 1994 by the Desert Protection Act, adding an additional 234,000 acres to the park. The rock formations look like they must come alive at night, gentle giants that stomp through the park, illuminated by moonlight, campers exhausted from a day of bouldering and hiking too deep in sleep to know. Each rock-monster step shakes the ground, witnessed only by the slow-growing, deeply rooted Joshua trees. 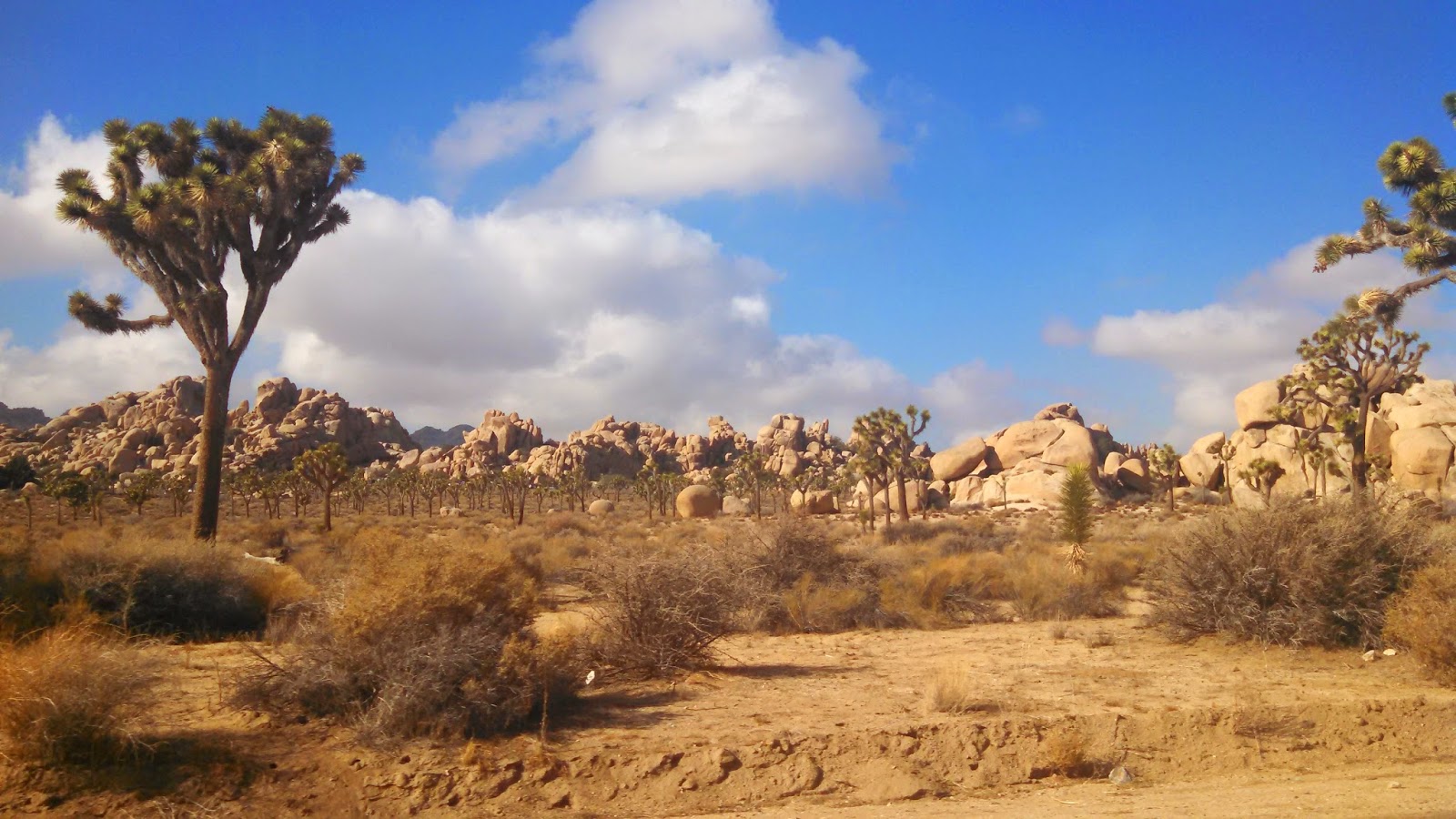 “Yucca brevifolia” the plant species now known to Bono fans and desert-lovers as a Joshua tree was so-nicknamed by a group of Mormons, settlers crossing the Mojave Desert in the mid-19th century. According to Wikipedia, the tree’s unique shape reminded them of a Biblical story in which Joshua reaches his hands up to the sky in prayer.
Joshua trees may need more than prayer; the Wiki entry notes that conservationists are concerned that they will be eliminated from the National Park, “with ecological research suggesting a high probability that their populations will be reduced by 90 percent of their current range by the end of the 21st century, thus fundamentally transforming the ecosystem of the park.”
- Read the rest over at The City Farm.