I Know You: Singing Lessons from Mike the Bus Driver

I'd just crowded into my seat, squeezing between my knees the bottle of water giving life to my bunch of sunflowers wrapped in plastic. A man boarded the rapid bus behind me, and I watched as he stepped past his fellow passengers who were huddled in a bunch, tapping passes on the fare reader or ironing dollar bills against their pants before guiding them into the machine.

The man got close to the driver and leaned in, asking if the driver needed to see his card.

The man's face broke into a toothy, beaming smile. "He knows me!" he announced as he made his way down the bus aisle.

Taking his seat midway through the double carriage, he arranged his bright blue earphones and pushed play on his potable CD player. It wasn't long before the sound of his singing(?) filled the bus.
People looked over their shoulders, trying to identify the source of what could barely be called a song, more an off-key mrowling-howling-growling that hit occasional notes of pain and momentary highlights of someone recovering from a root canal yet attempting to learn to incant a sermon in Hebrew.

But when the crooner's critics noted that he was developmentally disabled, they turned back in their seats, resigned to what is with a grimace of annoyance. Maybe actual aural pain.

"I don't know this tune," my seatmate, a man with wavy Paul McCartney hair and a nervous, sweet smile whispered to me, pained.

A few blocks and bars of UNIMAGINABLY bad music later, McCartney leaned his head toward me again. "Are you tempted to harmonize?"

I laughed, and to illustrate how god-awful my own voice is, told him the story of how my father, a pastor, had a naturally off-key singing voice, but loved to sing to God so much, he just belted it out, without a care. Until the ladies down in the nursery watching the babies, who listened to the Sunday sermon via the mic my dad wore during the service, made a request. "Could you turn off the mic during the singing?' they asked sweetly. "You're making the babies cry."

My father turned off the mic, took a singing lesson or two, and continues to sing songs of love, in a more tear-free key. And though the idea of harmonizing with this bus-serenader triggered visions of the BEST FLASH MOB EVER in my head, you know, the one where the whole bus joins in and makes sense and real song of this man's guttural whining, bringing tears to the eyes and reminding millions of YouTube viewers how we're all connected in the greater song called life, it didn't happen.

Instead, at the next stop, the driver walked back to the minstrel's seat. Driver Mike, let's call him, smiled, leaned down, and said in a low voice only audible to me and the man, "Hey, man. I know you like to sing. But it's really loud, so I have to ask you to stop."

Immediately flustered, the man started apologizing and growing agitated, but Mike the driver calmed him. He stood up straight, looked him in the eye, and said, "It's all good. You're my friend," before making his way back to the front of the bus.

That's the song Mike and the bus-minstrel left me singing tonight. That it's all good, as long as someone takes the time to look you in the eyes and say, "I know you."

(And tells you to keep it down, you're making the babies cry.) 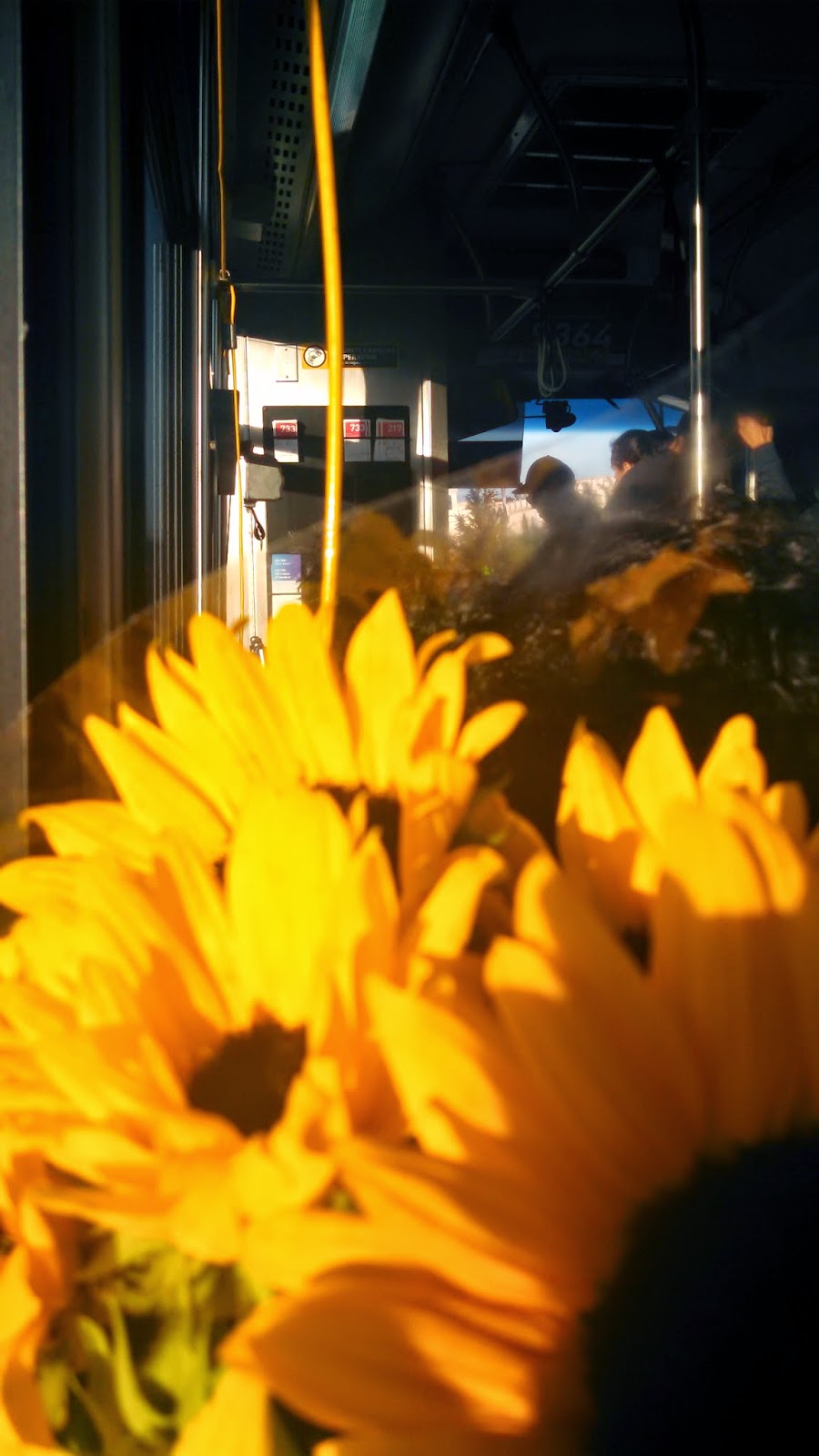 Tales from the L.A. Bus: Tips from a single mom on school, sex, and syphilis.

She was a a young, lovely African-American woman in her late 20s. She leaned forward to emphasize her points as she sat on that side-facing bench that straddles the middle of the extra-long Rapid-line bus.  Her two-year-old perched next to her, her little legs sticking straight into the aisle, mostly ignoring her mother, who was talking to a couple of older Latina women.

I eavesdropped on jumped into the conversation a little late, and missed some salient parts about bed bugs and Ebola, but caught up when the young mother started discussing where she was headed: community college. The older women asked about her daughter traveling with her, and she informed them (and any other interested bus-rider) that the community college provides day care for your kids if they're potty-trained. "So there's no excuse not to go to college," she said. She laid it down, in that way that people do who have made the decision to change their life, and are ready to evangelize to the lazy or mis-informed.  She was making a change in her life.

And she was NOT having any more of what gave her her precious two-year-old.

"Do you have a boyfriend," the women asked?

"Oh.  Oooohhh." the college-student nodded emphatically.  "I know what sexy is. But." She held on to a long, pregnant pause.  "Syphilis. Syph. AH. LIS. Syphilisssss."

She nodded, apparently having avoided a fate that others she knew had not.  (I mean, what Angeleno has NOT seen the sad bear with the shame of "We're #2!" weighing heavily on its California pride?) 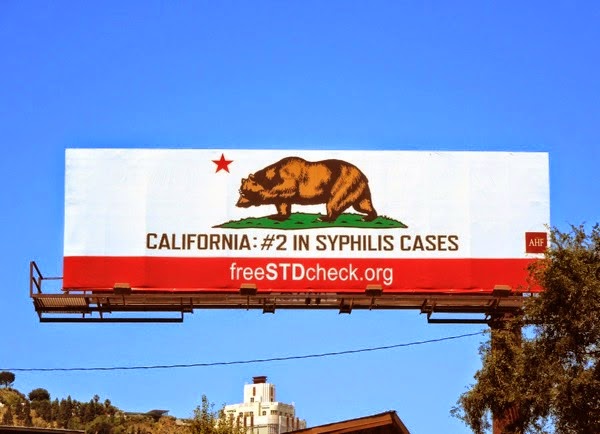 When she was certain that she had convinced the women that she was oh-ver men who did not meet her high standards, she asked how old they were.

It seemed she was already doing just that.  My hero.