I've lived by the famous Laurel & Hardy Music Box Stairs for over 6 months, and finally decided to seek them out.  It turns out there's an app for that, based on the book Secret Stairs: A Walking Guide to the Historic Staircases of L.A.

My friend Laramie grabbed her iPhone and we met at Cafe Tropical to start our adventure in my very own neighborhood, where, car-free, I walk all the time.  And yet I'd NEVER seen several of these staircases.  Secret, indeed.

We guiltily indulged our inner tourists as we let the iVoice guide us when to turn left, when to gaze at the downtown skyline, or when to wonder about the impressive modern home that was a rarity in the craftsman-lined streets. We met several kitties and drunk homeless men, the latter who were terrible tour guides, but did wish us well on our workout.

The hour felt longer than usual.  Time stretched and expanded: we had nowhere to be, explorers of stairs and quasi-voyeurs as we passed people's windows and heard kids calling out to parents, smelled early dinner preparations, watched a woman water her dahlias.  As we huffed up stairs and wandered down unknown alleys, Laramie remembered a New York Times piece about slowing down our experience of time.

"Most adults do not explore and learn about the world the way they did when they were young; adult life lacks the constant discovery and endless novelty of childhood.

"Studies have shown that the greater the cognitive demands of a task, the longer its duration is perceived to be. Dr. David Eagleman at Baylor College of Medicine found that repeated stimuli appear briefer in duration than novel stimuli of equal duration. Is it possible that learning new things might slow down our internal sense of time?

"...It’s simple: if you want time to slow down, become a student again. Learn something that requires sustained effort; do something novel. Put down the thriller when you’re sitting on the beach and break out a book on evolutionary theory or Spanish for beginners or a how-to book on something you’ve always wanted to do. Take a new route to work; vacation at an unknown spot. And take your sweet time about it." ~Richard A. Friedman

I like to live like a traveler, being open to the unknown, but too often I get too caught up in my routines to allow for time to, if not stand still, expand a bit. It reminds me of watching "Happy-Go-Lucky," where Poppy's life of Flamenco classes and driving lessons encouraged me to expand my world.  What next? 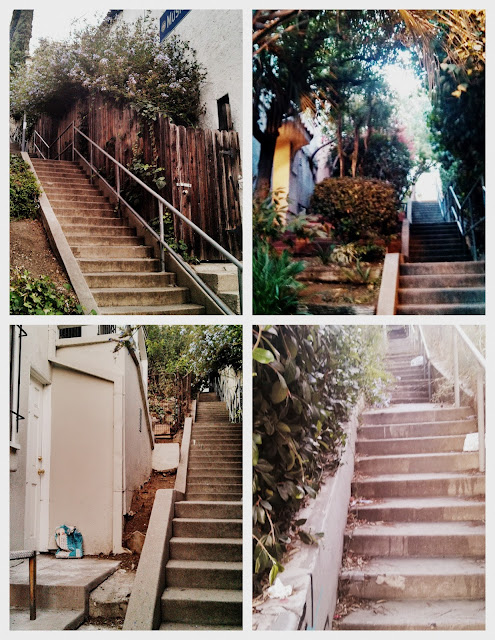