Living Car-Free in L.A.: Strangers on the Street

Working from home these days, I'm feeling a little lost. I need to be out and about, talking to strangers, observing them on the bus, to see the stories that constantly surround us. Los Angeles can be such a sprawl; community seems hard to create and the unknown is overwhelming, but walking and taking the bus, I'm constantly surprised at the level of care people give each other.

This morning, I jog-walked my usual route around the neighborhood, getting dirt and stones in my shoes from the rocky path up Sunset. I paused as usual, just past a bus stop, to shake the debris out of my shoe. A teeny-tiny woman with dark, curly hair approached me. She looked in her late 50s, and was clutching a crumpled piece of notebook paper.

Gesturing to the bus sign, she spoke a string of Spanish, from which I heard "El dos," the number two bus. She asked me how to get to a street I didn't recognize, via the siete sesenta y uno.

I was so excited to recognize numbers from high school Spanish (Gracias, Señor Leavell), I forgot where the 761 stops. The woman and I exchanged a few minutes of that brain-beating conversation where neither one understands the other, so you keep repeating the same facts, when an angel of the Metro pulled up in her big Orange bus.

I popped my head in and, in the middle of explaining the three things I knew about the woman and where she needed to go, the driver waved me aside and told the woman to get on board. "I'll take her to the 761," she assured me.

As I started jogging downhill, the bus pulled away and passed me, the little older lady standing directly behind the driver, clutching the rail with one hand and her written directions in the other.  I feel like I left her in good hands, but wish I could have done more. Like learned Spanish.
Posted by Rebecca Snavely at 4:42 PM No comments:

"...and their thoughts were various and intricate beyond understanding, being composed of yearning and content and joy and despair in unequal measures, but each one, male and female alike, young and old, walked with an elevated spirit, and was memorious of the old nun, who had a laugh like the peal of a bell, and was unfailingly tender with everyone, and cut her own hair, and twirled a lock of her hair with her right hand while she wrote with her left, and sang exuberantly, and never buttoned the top button of her coat, and never lost her temper with her students, and loved to watch storms at sea, and carried her worn wooden prayer beads everywhere, and knocked on doors with both hands at once, and wore only red hats, and gave away books after she read them, and wept sometimes for no reason she knew, and loved to walk along the beach, and ended each walk along the beach by staring longingly out to sea, and was fond of saying to Moses, as she undid her coat after a walk and hung up her hat and set the teapot going on the stove, Our paths are in the mighty waters, Moses, and so are holy and hidden." 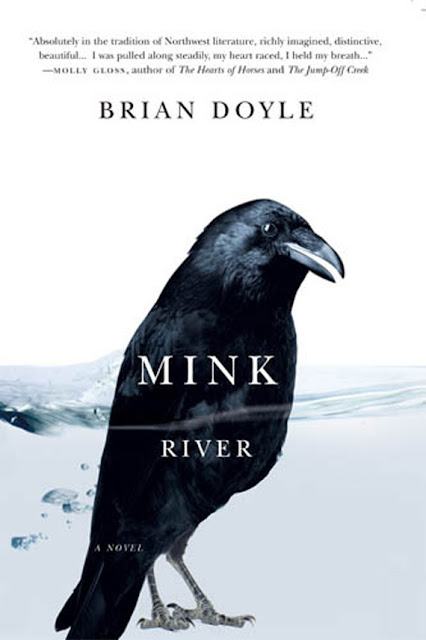 I highly recommend the read, thanks to my kindred-story-loving-spirit Judy for introducing me to the lives of the inhabitants of Neawanaka. From the back cover: "In a distinctive and lyrical voice, Doyle tells the town, in all its humanness and oddity and beauty. There are love affairs and almost-love-affairs, brawls and boats, Irish immigrants and Salish stories, mud and laughter. There's a Department of Public Works that gives haircuts and counts insects, a policeman addicted to Puccini, beer and berries, and a philosophizing crow [Moses]. Readers will close the book more than a little sad to leave the village of Neawanaka, on the wet coast of Oregon..."

Posted by Rebecca Snavely at 10:53 PM No comments:

Halloween: Something Sexist (Yet Healthy!) This Way Comes

While brainstorming the ridiculousness of slutty Halloween costumes (has sexy Muppet Babies been done?  Is sexy Romney family too soon?) one of our clan came across the sexy hamburger.  As Bitch Media's Kelsey Wallace noted:  "a problem: sexist costumes, as anyone who's been advised to dress like a total slut for Halloween is well aware. Don't get me wrong, I fully condone Halloween hotness for people of all genders, but when the women's sexy hamburger getup (which is sold out, btw) involves a formfitting bandeau and miniskirt and the men's version involves, well, a giant foam hamburger, something sexist this way comes."

The piece goes on to show some options of reverse sexism (Michael Phelps in a form-fitting watermelon dress, anyone?). 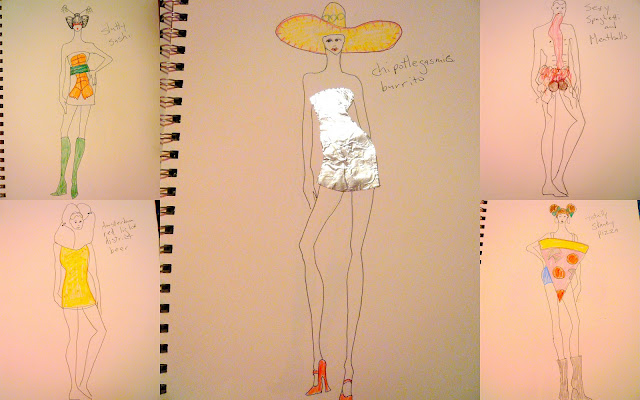 Other ideas have been the Sexy Vegan, a Hella-Hot-Dog, and, inspired by the recent rise in love of greens, I may go as Sleazy Kale.  Trick or Vegetable, people.

Posted by Rebecca Snavely at 12:28 PM No comments:

In the eastern province of North Kivu alone, some 5,000 Congolese women have been raped this year.

"'The number of rapes has risen dramatically: we have registered around 5,000 women raped since the start of the year in North Kivu. It's very dramatic.' said Justin Paluku, an obstetrician and gynaecologist at the Heal Africa hospital in Goma, the provincial capital.  Renewed instability has engulfed the region since a group of soldiers mutinied from the army in April and began battling their former colleagues and sowing terror in the east."  © ANP/AFP

Such statistics can be overwhelming, but imagine your mother, sister or daughter attacked in such a way.  Then take action on behalf of these women. Call or e-mail Secretary Clinton to leave a message that the world is watching, and wants PEACE IN CONGO. Call the main line or send an e-mail, and in your own words, ask that action be taken.

Support the women and children of eastern Kivu through education. Through Action Kivu, you can start a monthly donation of just $8, and send a girl to secondary school, including her uniform, copy books, pencils and slates.

When actor and activist Robin Wright visited eastern Congo with the Enough Project, many women called upon her to remind Secretary Hillary Clinton of her commitment to women's rights and safety.

According to the Center for American Progress, "The Obama Administration and Secretary Clinton specifically have made advancing the status of women and girls a cornerstone of U.S. foreign policy, recognizing that until women around the world are accorded their full rights and afforded the opportunities to participate fully in the lives of their societies, global progress and global prosperity will have its own glass ceiling." ~Melanne Verveer, Ambassador-at-Large for Global Women's Issues

Watch the video and along with Robin Wright, meet the women of eastern Congo, then answer them, protect them and partner with them: call Secretary Clinton's office. The main switchboard for the U.S. Department of State is 202-647-4000.

Posted by Rebecca Snavely at 4:07 PM No comments: